Italian pills in the middle of aprilian reads: Capuana, Verga and "Life in the Country" I don't know how much you know about the author of my last finished book, Giovanni Verga. He is a master of Italian literature: you will never meet an Italian person who didn't had to read Rosso Malpelo or La roba (The Stuff..?) at school and maybe had to read I Malavoglia during the holidays. I don't know how many of those students have read it for real.

All begins from an other figure:

In the middle of the several readers of Mr. Emile Zola, there was a distinct

italian intellectual intent on turning avidly the pages of his books, a certain Luigi Capuana. He was surely amazed. You know that sensation: this author has proposed such an incredible way of writing that I have to tell it to the highest number of people, especially when this kind of people are us, poor Italians who surely have some problem in keeping in step with global literature and its progress. Madame De Stael had the courage of saying it in the 1813: something like, "hey, you, stop hugging the grave of your ancestors and move on! Don't be so proud of yourselves and reactionary, open yourselves to the other literatures! While you were bound to phraise the dead, we have built something new. You could learn something from us." Obviously that hurts and  many italian intellectuals had a...proud and reactionary response for her.

Well, we are in the second half of 1800, Capuan begun to write in 1860. The message arrived in some way, this is already something. And you can see how Capuana, reading those foreign literatures, helped a lot his country by broadcasting the naturalist current here in Italy with moving enthusiasm. Finally!

We could see Verga and Capuana, for this occasion, like a successful duo: Capuana is the mind (he's the most famous theoric of italian naturalism, Verismo), Verga is the hand, or, better, the pen. Capuana didn't write novels enough interesting to become as fundamental as the ones of Verga. But we owe the theoric background of Verismo to him.

Maybe you have understood that here in Italy Naturalism is a bit different and that's why we have found a specific name for it. First of all, the scientific approach is not as in the content as in the style. If you have read Zola, you'll know that he's not a totally impartial narrator, his opinion is visible. His scientific approach is due to the scientific laws applied to society and humans, very rigorous and severe laws. Capuana is more modest in this aspect, he - like Verga- refused to apply a rigorous scientific method to his novels. "His loyalty to the concept of "real" was more like a simple, disinterested love for the truth". [Alberto Asor Rosa] And the same Verga introduces his masterpiece, I Malavoglia with: "This story is the honest and dispassionate study of the way in which the first strivings after well-being might possibly be born, and develop, among the humblest people in society.."

So, for Capuana and Verga too, the first aim the "coscientious" and "honest" observation of the reality.

Verismo gives more importance to the esthetic aspect of realism, unlike Naturalism. We'll see it very well in Verga's style. And we can't forget the social context: Naturalism was immersed into a promising social progress and deals whit those classes involved in it, while Verga for example preferred to talk about that social class, italian peasants, who were surely into a static situation. 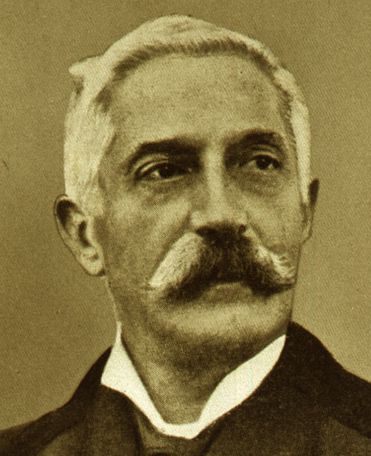 In fact, Verga, this bewhiskered man, was very far from believing a in social progress for his peasants of Sicily. Talking about laws again, we could say that if there is a law, it is the one of an hopeless paralysis. If we imagine a peasant fighting for his right with his pitchfork, we could place an action figure of Verga near him who says with dramatic tone "what are you doing? why are you even trying, man?". That peasant might respond with "You, hateful aristocrat, shut up and find someone else to smother with your depressing ideas!".

Because we are agreeing on this: his idea is depressing. In fact, he compares the inhabitants of Acitrezza, a fictional village full of this poor peasants, as an anthill in which every ant trying to exit in search of better conditions will fail. You can't escape: this is your home and you are destined to grow and die here. Don't try, really, it's useless.

Well, the opposite of Zola without doubt.

I've talked about his style and the scientific aspect of it. Well, in my "aprilian" read, Vita dei campi (Life in the Country) there is a short story, Fantasticheria, that explains well some of the points of Verga's literary thought. Before talking about literary methods, let's say that in his opinion human laws are two: the one of necessity, like surviving in extremely difficult economic conditions, and the one of chance, that with unpredictable circumstances can reverse an entire human life. Let's say again that this not means absolutely a progress: the law of repetition reigns in his literary world.

His way of showing this reality is supported by the principle of distance (looking at the subject with a physical distance that allows an emotional detachment), the principle of reshaping: "in order to understand [..] we have to make ourselves as small as possible, close the entire horizon in two clumps and look under a microscope the little causes that make their little hearts beat".

You won't find Verga's specific voice in his stories. Another aim is the one of making himself invisible in the story: "when the honesty of its reality [of the book] will be so clear, its way of being so necessary that the author's hand will remain invisible, then it will have the sign of reality, the work of art will seem to build itself". He reproduces the way in which a peasant would think and talk. An example is the famous opening of Rosso Malpelo.

Little hearts beat in Life in the Country, which contains little perfect jewels like Rosso Malpelo (a possible equivalent in english is "Evil Hair", "Sicilians believed people with red hair were malicious and had an evil disposition") and La Lupa (She-Wolf). You should really read Rosso Malpelo, it's my favorite of his short stories and it is painfully wonderful. You can read it here in english: ( http://socialiststories.net/liberate/Nasty%20Foxfur%20-%20Giovanni%20Verga.pdf ) like "She-Wolf" (http://socialiststories.net/liberate/She-Wolf%20-%20Giovanni%20Verga.pdf).

I've liked this quote about his short stories:

" His novels of life outside Sicily are generally of slight value ; but when he touches his native heath, he is transformed — it is to him what Scotland is to Barrie or India to Kipling. He is a realist of the most uncompromising sort, grim, keen, merciless ; hardly a story of Sicilian life that is not a tragedy, and the burning landscape, the naked lava, the native character,— now fiercely impulsive, now of ass-like patience and unresentiveness, and the grinding hardness of the industrial conditions are all persons in the drama. Yet somehow the stories do not leave a bad taste in the mouth : there is deep sympathy and humanity underlying his dark pigments, he is never gross and

never brutal, and the method is that of Turgenev rather than that of the French school or his rival Annunzio."

This is true: you can feel an empathic hand on his characters, that somehow is even worse and more painful if we think that he doesn't give hopes to them. A sort of double-faced sword.

I love his style: he's a craftman with words in my opinion. I don't want to be misunderstood: he's surely not my favorite italian author, but I really like the most famous stories by him. I don't think that in Life in the Country every short story is relevant, some like Pentolaccia and Guerra di Santi (War of Saints) are pretty forgettable, even if they are nice. But the so-called giants of this collection deserve absolutely its fame.

Aprilian Reviews: #1 - A Tale for Time Being, Ruth Ozeki This book is like pistachio ice-cream for me: the fist half is very pleasant, but the aftertaste, the second half of that specific portion which I'm eating is..disagreeable.
Ruth's part is the second half.
First of all let's start from the chocolate chips on the biscuit: prettier things like Nao's part.

"Gentlemen, you had my curiosity. But now you have my attention." That's the case:

Now...Ruth's part..Here lack all good intentions not realized appropriately. Her part is swamped with informational aims, so much that in the long term a more personal and intimate space is not given or in very reduced parts. I was surprised by the absence of physical signes of affection and love between Oliver and Ruth, even if they worry about each other. They never exchange a hug or a kiss. The narration was so focused upon Nao's diary that Oliver and Ruth were more similar to two colleagues on a project than an happy married couple.

Even Ruth increasing her awareness has been developped a bit supeficially. I mean, yes, her attachment to Nao has been thoroughly communicated (..!), but her personal elaboration of Nao's words never involved decisively her personal background. It was more like reflecting on an external subject, not directly her life.

Maybe I'm making a blunder, but this is how I perceived this specific part.

Generally it was something very similar to a cold side of a book that demonstrated warmer angles. Wandering around the Trastevere, I've found this secondhand bookshop with polyglot ambitions: books written in italian, english and also french. A nice place!

I've contained myself and I've taken only these two books: an happy adoption. I love Forster's books and Maurice was absent at the roll call in my bookshelf.

The Lonely Passion of Judith Hearne was an unbelievable coincidence: I discovered it not so long ago, but an italian translation has never been made so I would have to buy it necessarily on Amazon, but I've never make up my mind. Now I find it in an italian bookshop in english at a bargain: wonderful, you are mine without doubt..!

"When I think of my wife, I always think of her head. The shape of it, to begin with. The very ﬁrst time I saw her, it was the back of the head I saw, and there was something lovely about it, the angles of it. Like a shiny, hard corn kernel or a riverbed fossil. She had what the Victorians would call a ﬁnely shaped head. You could imagine the skull quite easily.

I'd know her head anywhere.

And what's inside it. I think of that too: her mind. Her brain, all those coils, and her thoughts shuttling through those coils like fast, frantic centipedes. Like a child, I picture opening her skull, unspool­ing her brain and sifting through it, trying to catch and pin down her thoughts. What are you thinking, Amy? The question I've asked most often during our marriage, if not out loud, if not to the person who could answer. I suppose these questions stormcloud over every marriage: What are you thinking? How are you feeling? Who are you? What have we done to each other? What will we do?"

I started to listen to it some hours ago.This interesting woman hooked me since the beginning. I hope that our literary relationship will maintain itself great for a considerable time: I can hear my expectations starting its Ride of the Valkyries.